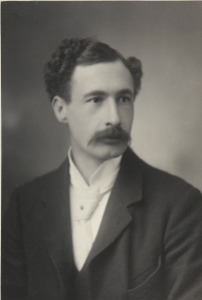 Reginald Koettlitz was born in 1860 and died in 1916, making this month the centenary of his death. In his life he travelled on the Discovery to the Antarctic with Captain Scott, journeyed up the Amazon and explored half of Africa. He was a medical pioneer, identifying many techniques for surviving in the harshest of conditions. He took the first ever colour photographs on Antarctica. Ernest Shackleton was the best man at Koettlitz’s wedding.

And yet you’ve probably never heard of him, because he was essentially pushed out of the British exploration establishment upon his return from the Antarctic in the early 20th century and the narrative around Captain Scott soon shifted to one of doomed heroism following the Terra Nova disaster.

As a descendant it was a real pleasure to work with my father on the only biography of the man, titled Scott’s Forgotten Surgeon, which was published in 2011 and can be found over on Amazon.

If you like your history with a good amount of adventure, it’s worth a read. And don’t miss these amazing photographs from the family archive.

The first time I’ve seen this Simon – many thanks again. DJ

Support me on Patreon!

Playing catch-up on a few interesting bits and pieces, first of which is to highlight a contribution I made to a free resource pack for writers over at the National Centre for Writing. This one Read more…