Regrets of a Witcher

I recently finished the main story in The Witcher 3 and found myself both satisfied and regretful; not a combo usually associated with game endings.

When they’re not doing a deliberately ‘dark’ ending, games usually go out of their way to make you feel good about the hours you’ve poured into them. There’s a big finale, then a nice send-off and occasionally a set-up for a sequel. A few years back Mass Effect 3 even got an extended special version of its ending after the first release was deemed unsatisfying by fans. 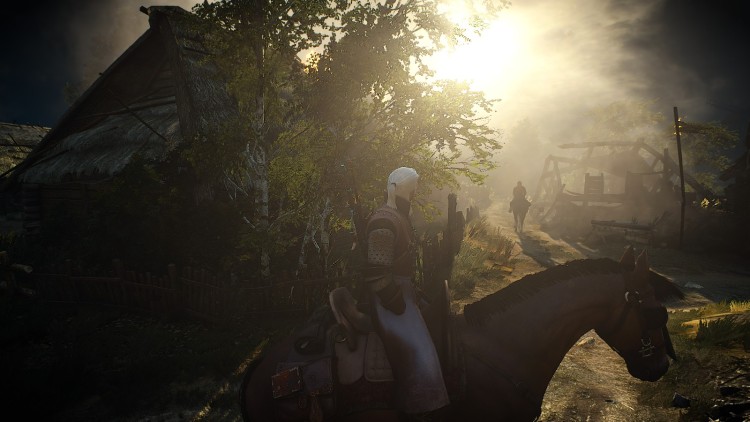 Controlling the ending of a game like The Witcher 3 is almost impossible. Although the Mass Effect games offered freedom in their interactions, the storyline was very linear – something which helped it be such a rollicking sci-fi adventure. Then you have the likes of Skyrim, where there’s countless quests in its open world but the game is mostly about doing your own thing – the times when you engage with the writing are usually when Bethesda’s games fall over.

Witcher 3’s approach to storytelling is more complex, in ways that aren’t immediately apparent. Standard practise is to segregate the Main Story Quests and Side Quests. The very term ‘side quests’ has a built-in disposable nature, immediately suggesting that they don’t really matter. Witcher 3 dispenses quickly with that, immediately offering up ‘side quests’ which are more engaging than the main storylines of most games. The Bloody Baron story had more articles dedicated to it in 2015 than some full games.

For most of the game’s running time these excellent short stories seem to be largely cordoned off from the main thread of trying to find your adopted daughter Ciri. As was noted in numerous reviews, the side quests are often far more innovative than that main plot.

I suspect the side quests work so well in Witcher 3 – and in the earlier Witcher games – because Geralt is a defined character. You can influence his general mood through responses to situations, but he never behaves out of character. He always maintains that Clint Eastwoodian, gruff, dry humoured persona of a world-weary fighter who pretends to not get emotionally involved. It means that every single quest, no matter how big or small, can impact on and reveal that character, deepening the player’s involvement. There’s a quest where you can help a woman retrieve a frying pan from a (not actually) haunted house. It has no bearing on anything else, but it tells you about the Witcher’s world and reveals facets of Geralt. He finds the job and the woman faintly ridiculous, but helps anyway, because he’s got the time.

Contrast this with Skyrim, where incidental quests exist only to provide XP or loot: the player has no defined character outside of an RPG stat sheet, and supporting characters are flimsy cutouts are best, which leaves only the mechanics of the game to provide satisfaction. The result is that when a random villager asks you to kill some rats in his cellar, not only is it boring from a story perspective, it’s also faintly demeaning from a character angle. Dragon Age: Inquisition has a similar issue, with your Messiah-like character having to do all sorts of busywork despite having an army of helpers. 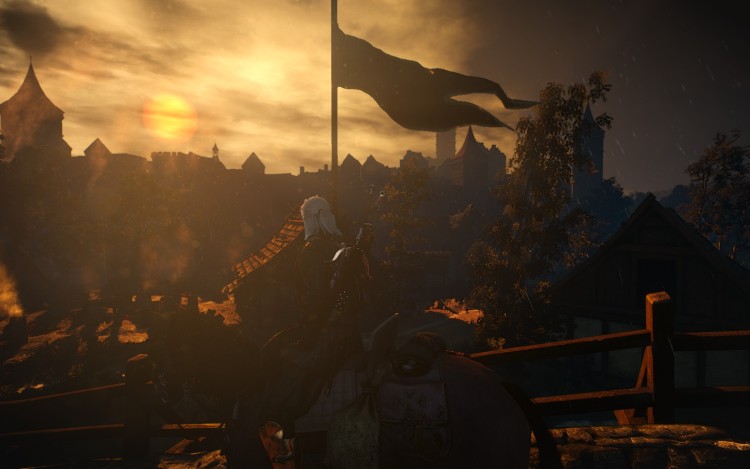 I’d happily go on holiday here, if it wasn’t for all the racism and monsters

What isn’t apparent until the final act of the main story is that there’s no such thing as a side quest. Many of the most engaging story threads are unexpectedly pulled together and interwoven, with your interactions with supporting characters such as Djikstra and the Skellige rulers having a direct influence on a climactic battle with the Wild Hunt. The relationships you’ve forged through the rest of the game have a pay-off in the main story, which is quite a genius move.

Mass Effect 3 did something similar but in a more overt way – the whole game was about forging alliances and building a military force to defeat the Reapers. Witcher 3’s tactic is to keep this motivation entirely hidden until well into the second half of the game, which creates a more natural sense of progression. You’re no longer gaming the supporting characters in order to get the most favourable outcome for your war effort; instead, your interactions with them are more honest and variable, with the consequences only becoming apparent as you start to prepare for the battle of Kaer Morhen. If you’ve already burned your bridges, then you have to live with that.

The concept of delayed consequences is something CD Projekt have explored since the first Witcher game, so this is the natural culmination of all that work.

A herbalist lived here at the start of the game. Inadvertently, my inaction led to her house being burned to the ground

The end result is a complex lattice of storytelling, where cause and effect are fuzzy and the impact on plot is implied rather than signposted. When I finally resolved the issue of the Wild Hunt, in a bombastic finale that was satifsying on a purely action level, I was left with a real sense of melancholy and regret.

Through focusing on the fate of Ciri and the Wild Hunt, I’d accidentally been distracted from wider events in Temeria. As such, war had ravaged the land while I was away. Villages I’d visited were on fire, while inhabitants hanged from tree branches. A wave of violent prejudice had swept through, and I enabled it to happen through inaction. This wasn’t presented by the game as a failure, or ‘bad’ ending: it’s just something that happened. War and politics are complex.

Character relationships had been fractured and forged in unexpected ways, choices resonating back through three games. Although there was a sense of “if only…”, it didn’t manifest in a desire to reload an earlier save game and do things differently, as might be the case in other games. Witcher 3 encourages you to accept what happens and move along. In many ways, despite Geralt’s – futile – reluctance to get involved in other people’s affairs, the game’s overall message is about taking responsibility for your actions.

I tend to only play short games these days, due to time constraints. Anything over 10 hours has to be seriously good if it has any hope of earning my time. Witcher 3 I’ve been playing since its release last May. As an overall experience, it sits comfortably with my favourite novels and movies.

Immensely satisfying, even if I do have some regrets. 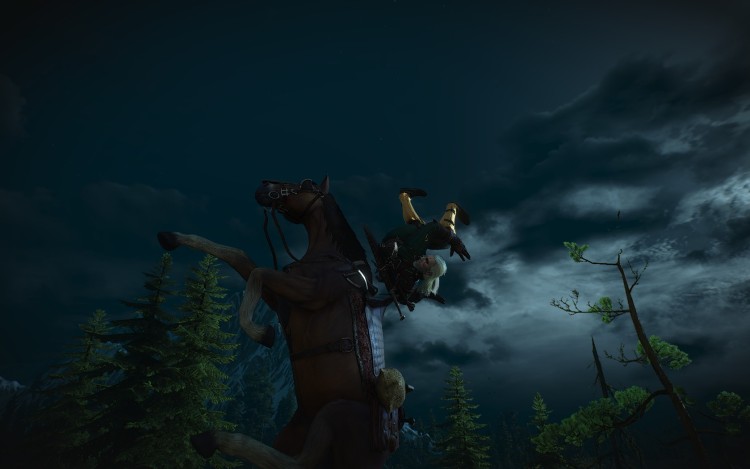