Rediscovering drawing with Intuos, Manga Studio and a 3 year old

I studied art at school and thoroughly enjoyed it. I was never a particularly brilliant artist, but the satisfaction I got from it was similar to the feeling I get when writing. Pencils, charcoal, inks. That’s my bag. I’ve loved drawing ever since I was a child, when I’d create elaborate multi-panel TRANSFORMERS and MASK comics. They were probably indecipherable squiggles but, for me, they were an early form of learning storytelling, before I had the skills to write much in the way of prose.

Then thirteen years passed. Aside from the occasional scribbled storyboard for film projects, I didn’t really do much arty stuff. Then my son was born in 2012 and I picked up a pencil again and started drawing with him.

Here’s the exciting thing: when babies are born they can’t do anything. Then, after a year-or-so, they can quite happily pick up a pen and scrape it all over a piece of paper. It’s them expressing themselves, but to adults it’s just wiggly lines. But then – and I can’t remember exactly how old he was when this happened – they suddenly figure out how to draw a circle. A proper circle. That’s a big deal. One day, Yared drew a straight(ish) line coming off the edge of the circle, and announced that it was a balloon. He’d drawn his first recognisable thing. More recently, he’s started drawing faces. In other words, he’s able to translate an idea in his imagination into marks on a page. Next thing you know, he’s attempting a self-portrait: 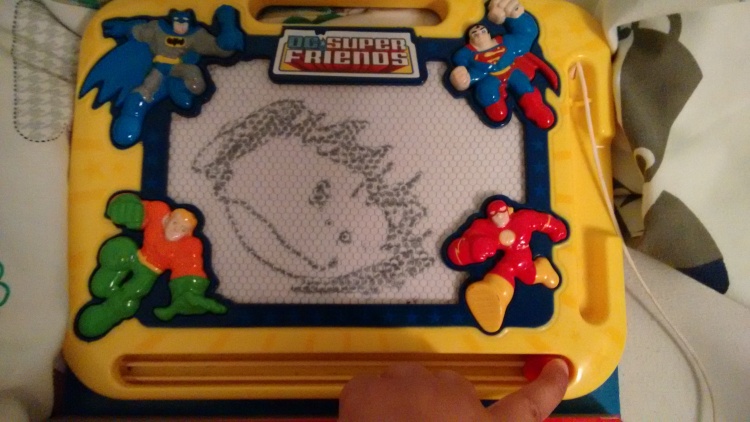 He definitely got the hair right.

Anyway, this isn’t one of those posts in which a parent brags about their child without realising that it still just looks like a load of toddler scribblings. The point is that sketching out dinosaurs and robots and planes and sharks for him has rekindled my love of drawing.

At the same time I’ve been reading a lot of good comics. Chip Zdarsky, artist on Sex Criminals (it’s great, seriously, don’t be put off by the name), mentions at some point that he uses Manga Studio. I later note that Jamie “everything I do is incredible” McKelvie also mentions it (stop reading this blog post immediately and go buy The Wicked + The Divine). Upon further research it seems that Manga Studio is sold in the UK by Smith Micro, who inexplicably have half-rebranded it as Clip Studio Paint, which is a totally shit name. Their website actually presents it under both names, which is entirely mad.

Anyway, major branding confusion issues aside, I thought I’d give it a whirl when it ended up in a Thanksgiving sale. Rather than being yet another inferior Photoshop clone, Manga Studio is quite specifically aimed at artists working on comics, with a bunch of interesting tools designed to aid that specific process. It’s closer conceptually to Corel Painter, I suppose.

I then discovered that the old Wacom Intuos 2 I’d had for years and years (courtesy of a generous friend) wasn’t properly supported on Windows 10. It turned out Wacom was another company that had a very confusing product line, with a ton of differently priced products separated by only tiny feature differences. I finally figured out that the Intuos Draw is what I needed: their simple, entry-level drawing tablet with no pointless extras like multi-touch. It’s less than £50 and has over twice the drawing area of my old Wacom while being overall about a third smaller on the desk as a device.

To cut this long story short, the combination of the Intuos and Manga Studio is really quite wonderful. I’m still rediscovering how to draw – it’s not quite like riding a bike, I’m finding – and I’m very much a noob when it comes to Manga Studio. I was, however, quite pleased with this not-entirely-awful sketch of Yared: 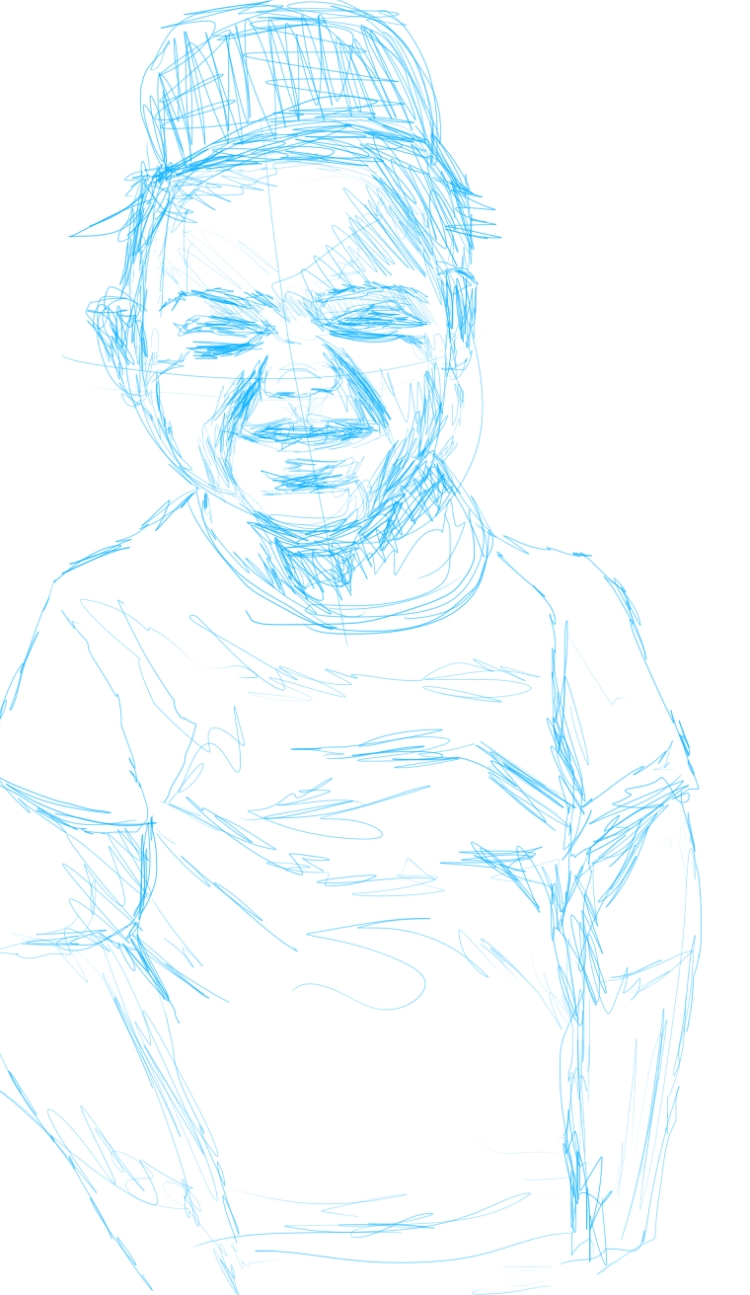 The weird lump on top of his head is a baseball cap. It’s not entirely obvious, I admit. Like I say, I’m still getting the hang of this thing. Give me a break.

It seemed appropriate to make Yared my first subject, given that it’s basically thanks to him that I got back into drawing in the first place.

Maybe I’ll get round to making a proper comic one of these days.